I had the opportunity to attend a Q&A session at Liverpool Cathedral on last Sunday evening (30th October); with a panel of EU law experts including Prof Michael Dougan, from the University of Liverpool. 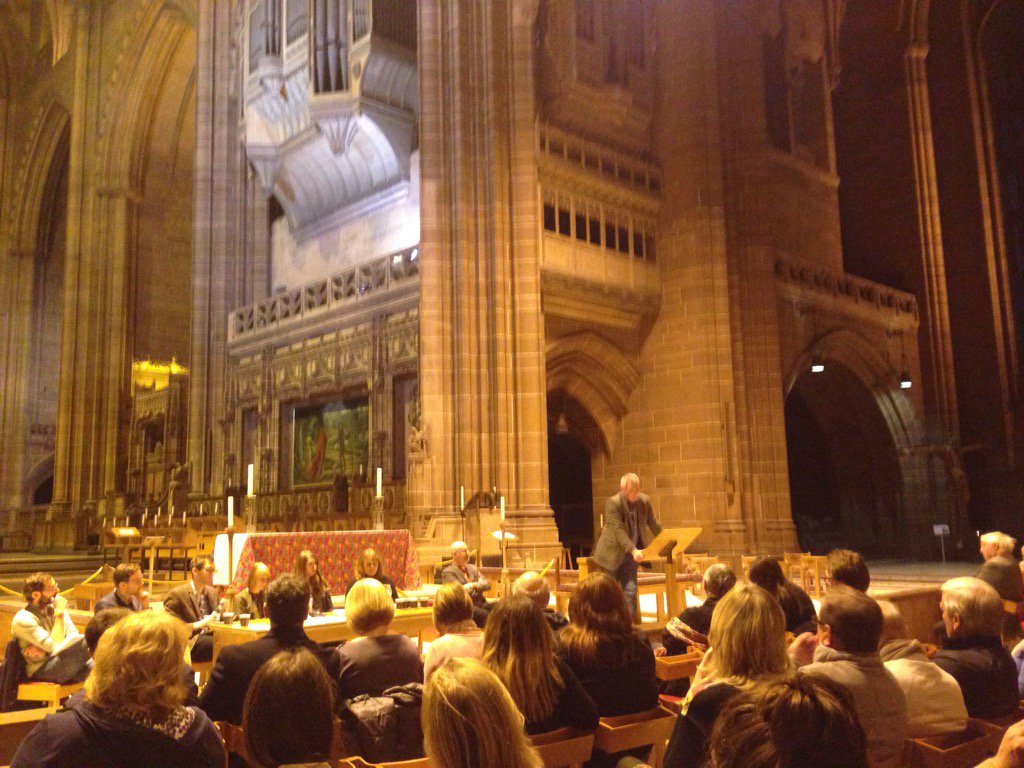 Prof Dougan began the evening with a 20 minute speech outlining the internal and external issues and challenges ahead with leaving the European Union. He also briefly mentioned three parameters that the panel would stick to; none are active members of a political campaign; they have the skills of lawyers with both benefits and limitations; and Brexit is unexplored territory, with some questions not having an answer.

The internal challenges include preparing the UK legal system for the exit, which has been talked about at the Conservative party conference with the ‘Great Reform Bill’, and the relations between regions of the UK and overseas territories, especially with Scotland and Northern Ireland. The external challenges include the negotiation of the withdrawal agreement with the 27 other EU countries, what to do with the 3 million EU nationals in the UK & the 2 million British abroad, environmental & legal issues which won’t be completed within 2 years (can be shorter or longer), rebuilding legal aspects with the rest of the world, pension agreements with the British citizens abroad and the UK will have to come up with a trade policy as doesn’t have one separate from the EU.

Michael Dougan also stated that before Brexit, the U.K. had best deal of any Member State e.g. Eurozone opt-out, budget rebate. Leaving this club of 28 will be unpredictable, uncertain and unknown, and transform the UK.

Question to Samantha Currie: How is EU immigration good for our economy?

A. Evidence has shown that EU migrants have been young, net contributors to our economy. Economically active without drawing much on healthcare and social provisions, by contrast, many U.K. Citizens in EU are economically inactive, older, and draw heavily on social provisions in EU countries.

Question: Where does EU law has jurisdiction?

A. Not just trade, there is environmental & human rights and have grown over time. These are given by nation states and chosen freely. The EU has a fundamental rights charter.

Question to Eleanor Drywood: How will Brexit affect position of EU citizens in the UK?

Question to Greg Messenger: What are the legal consequences of the UK government’s deal with Nissan?

A. UK must be careful with helping Nissan, could be brought before the WTO if help to Nissan is seen as a subsidy. A tariff free deal for only one sector(e.g auto industry) may be subject to challenge before the WTO.

Question to Mike Gordon: Does trigger for Art 50 rest with the executive or Parliament?

Question to Michael Dougan: Can we revoke our decision to leave after triggering Article 50?

A. It is legally possible to withdraw art 50 notification before the effects of withdrawal take effect, but politically very unlikely.  It may be difficult to convince 27 member states to allow this, and constitutionally would have to reverse the referendum decision.

Question to Thomas Horsley: What is the UK’s negotiation position?

A. It is unclear and will need to be firmed up soon. Norway-style deal seems unlikely due to concerns over immigration.

Question to Gregory Messenger: Will any future trade deal require the control of an international court?

Question to Stephanie Reynolds: What is likelihood of withdrawal from European Convention of Human Rights?

A. Parallels between EU and ECHR treatment in the press but is separate, is a focus on negative aspects, distrust of control of foreign actors.

Question to Michael Dougan: What is the effect of Brexit on the EU?

A. Changing the balance of power within the EU through loss of power of UK. Spain, Poland and Italy jostling to gain power lost by UK. Possibility of EU reform becomes more likely without the UK’s threat of veto to treaty changes. Also, Brexit is merely one of EU’s issues. It is an institution that manages collective problem of nations.

Question: How will Brexit affect Liverpool?

Eleanor Drywood: Worrying rhetoric around immigration. Liverpool is a city which thrives on the basis of its diversity. Effect on University may be worrying.

Michael Dougan: UK less attractive place to study and teach following Brexit due to perception of Britain and its uncertain future immigration policies.

Paul Rattigan, Canon for Discipleship at the Cathedral had a chance to answer a question from the church’s point of view, and how it is a safe place to talk about risky things.

Question to the panel: Are there any positive aspects of Brexit?

Mike Gordon: Brexit was an expression of citizen alienation and we must recognise that moving forward

Gregory Messenger: Brexit will force us to have a discussion about what kind of trade policy we want in this country.

Thomas Horsley: Post-Brexit, we must reverse the narrative of the distrust of expertise.

Samantha Currie: In the future, we must not let debate sink to the level they did before the referendum.

Stephanie Reynolds: Brexit may inspire the EU the to reform, to bring the organisation closer to its citizens.

Eleanor Drywood: Britain can no longer escape its woeful response to the refugee crisis by blaming it on the EU.

Prof Dougan finished with that Post-Brexit, the government can longer take credit for what the EU does well, while using the EU as a scapegoat for its own mistakes. The dominant narrative of Leave will have consequences for all of us in the months and years ahead, which those who campaigned for it won’t take responsibility for.